Process mining techniques use event data to answer a variety of process-related questions. Process discovery, conformance checking, model enhancement, and operational support are used to improve performance and compliance. Process mining starts from recorded events that are each characterized by a case identifier, an activity name, a timestamp, and optional attributes like resource or costs. In many applications, there are multiple candidate identifiers leading to different views on the same process. Moreover, one event may be related to different cases (convergence) and, for a given case, there may be multiple instances of the same activity within a case (divergence). To create a traditional process model, the event data need to be “flattened.” There are typically multiple choices possible, leading to different views that are disconnected. Therefore, one quickly loses the overview and event data need to be exacted multiple times (for the different views). Different approaches have been proposed to tackle the problem. This paper discusses the gap between real event data and the event logs required by traditional process mining techniques. The main purpose is to create awareness and to provide ways to characterize event data. A specific logging format is proposed where events can be related to objects of different types. Moreover, basic notations and a baseline discovery approach are presented to facilitate discussion and understanding.

Prof.dr.ir. Wil van der Aalst is a full professor at RWTH Aachen University leading the Process and Data Science (PADS) group. He is also part-time affiliated with the Technische Universiteit Eindhoven (TU/e). Until December 2017, he was the scientific director of the Data Science Center Eindhoven (DSC/e) and led the Architecture of Information Systems group at TU/e. Since 2003, he holds a part-time position at Queensland University of Technology (QUT). Currently, he is also a visiting researcher at Fondazione Bruno Kessler (FBK) in Trento and a member of the Board of Governors of Tilburg University. His research interests include process mining, Petri nets, business process management, workflow management, process modeling, and process analysis. Wil van der Aalst has published over 200 journal papers, 20 books (as author or editor), 450 refereed conference/workshop publications, and 65 book chapters. The design of security protocols is typically approached as an art,
rather than a science, and often with disastrous consequences.  But
this need not be so!  I have been working for ca. 20 years on
foundations, methods, and tools, both for developing protocols that
are correct by construction and for the post-hoc verification of
existing designs.  In this talk I will introduce my work in this area
and describe my experience analyzing, improving, and contributing to
different industry standards, both existing and upcoming. 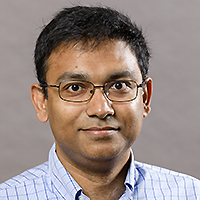 Automated Test Generation: A Journey from Symbolic Execution to Smart Fuzzing and Beyond

In the last two decades, automation has had a significant impact on software testing and analysis.  Automated testing techniques, such as symbolic execution, concolic testing, and feedback-directed fuzzing, have found numerous critical faults, security vulnerabilities, and performance bottlenecks in mature and well-tested software systems. The key strength of automated techniques is their ability to quickly search state spaces by performing repetitive and expensive computational tasks at a rate far beyond the human attention span and computation speed. In this talk, I will give a brief overview of our past and recent research contributions in automated test generation using symbolic execution, program analysis, constraint solving, and fuzzing.  I will also describe a new technique, called constraint-directed fuzzing, where given a pre-condition on a program as a logical formula, we can efficiently generate millions of test inputs satisfying the pre-condition.

Koushik Sen is a professor in the Department of Electrical Engineering and Computer Sciences at the University of California, Berkeley. His research interest lies in Software Engineering, Programming Languages, and Formal methods. He is interested in developing software tools and methodologies that improve programmer productivity and software quality. He is best known for his work on “DART: Directed Automated Random Testing” and concolic testing. He has received a NSF CAREER Award in 2008, a Haifa Verification Conference (HVC) Award in 2009, a IFIP TC2 Manfred Paul Award for Excellence in Software: Theory and Practice in 2010, a Sloan Foundation Fellowship in 2011, a Professor R. Narasimhan Lecture Award in 2014, and an Okawa Foundation Research Grant in 2015. He has won several ACM SIGSOFT Distinguished Paper Awards. He received the C.L. and Jane W-S. Liu Award in 2004, the C. W. Gear Outstanding Graduate Award in 2005, and the David J. Kuck Outstanding Ph.D. Thesis Award in 2007, and a Distinguished Alumni Educator Award in 2014 from the UIUC Department of Computer Science. He holds a B.Tech from Indian Institute of Technology, Kanpur, and M.S. and Ph.D. in CS from University of Illinois at Urbana-Champaign.